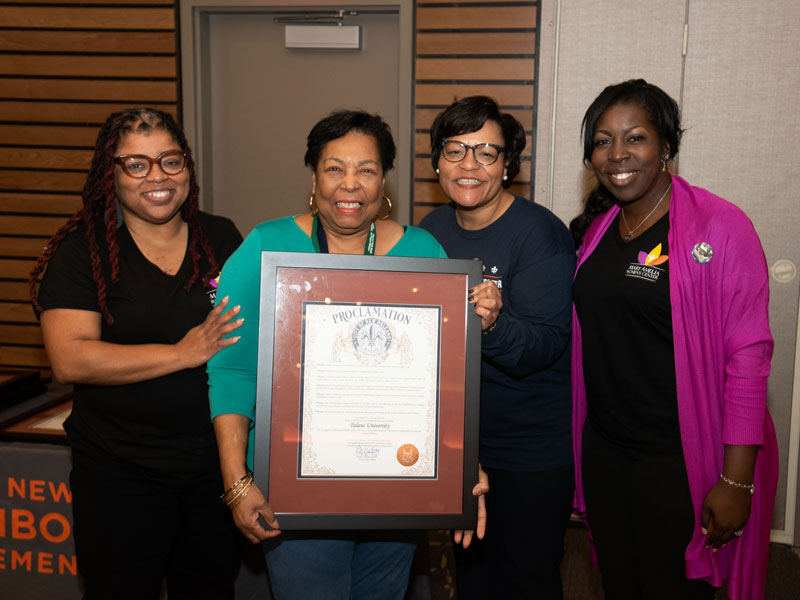 The Healthy Neighborhoods Project (HNP) began in 2018 and was created from a shared belief that all neighborhoods in New Orleans should be safe, happy, and healthy places to call home. Years of investments in some neighborhoods and neglect of other neighborhoods means some New Orleanians don’t have the things they need to be healthy and happy where they live. Supported by the Eunice Kennedy Shriver National Institute of Child Health and Human Development, National Institutes of Health (R01HD095609) and the Robert Wood Johnson Foundation. HNP is a collaborative effort between Tulane Schools of Public Health and Tropical Medicine and Architecture, the Tulane Mary Amelia Women’s Center, the Institute of Women and Ethnic Studies (IWES), Columbia University, and the City of New Orleans. This neighborhood-based cluster randomized trial aims to test the impact of cleaning up vacant land and abandoned houses on violence, including family violence.

Violence is a leading health burden in the U.S. and globally. It plays a significant role in shaping population health and health disparities and contributes to substantial economic costs on our society. A public health approach to violence prevention recognizes that interventions that address the environmental and social contexts have the potential for greater population wide effects than those that only focus on individual treatment. Neighborhood environments have been shown to play a role in certain forms of violence and its prevention. The efficacy and sustainability of place-based approaches such as street lighting, vacant property remediation, trash removal, etc., warrant the attention of stakeholders including researchers and policymakers to affect cost-effective and potentially lasting changes. HNP and some of the related quasi- and experimental studies testing these approaches in U.S. cities were recently highlighted in a 2019 edition of Health Affairs and presented by Dr. Theall and colleagues at a symposium panel at the Interdisciplinary Association for Population Health Science annual conference in October.

We are thrilled to partner with the City of New Orleans and to contribute to their Clean Up New Orleans campaign, and we’re excited to attend the City’s Neighborhood Engagement Summit in November. While only in the cohort recruitment and early treatment phase of the trial, we are indebted to the Tulane ByWater Institute for their support in helping us think now about sustainability of these place-based changes.